The Houston Police Department (HPD) is the main and biggest law enforcement agency of the city of Houston, Texas. With its large workforce, which includes approximately 5,400 police officers and around 1,300 civilian support personnel, this agency is considered to be the fifth-biggest law enforcement agency in the United States, and the biggest in Texas. Headquartered at 1200 Travis in Downtown Texas, it is home to the fourth largest city of the United States, which speaks volumes about the requirement of such a big police department. The Police Brand Memorabilia and Collectibles’ Honorbound Protect and Serve Police Coin can be purchased in order to support this agency that protects the citizens.


HPD is different from many other police departments in the United States because of the fact that it shares its jurisdiction power with several other law enforcement agencies in neighboring cities, such as the Sheriff Office and the Constable Precincts of Harris County. The main motto of the HPD is “Order through law and justice through Mercy”. Its lifelong mission since its inception in 1841 has been to “enhance the quality of life in the City of Houston by working cooperatively with the public and within the framework of the U.S. Constitution to enforce the laws, preserve the peace, reduce fear and provide for a safe environment”. The Peace Love Black and Blue Shirt can represent their mission clearly.


The department has its elected officer is the Mayor of Texas himself, Sylvester Turner, with its Chief of Police and the topmost in its chain of command being Hubert Arturo Acevedo. The Chief of Police is appointed by the Mayor of Houston. The Chief of Police is supported by two executive assistant Chiefs, 44 police captains. They are also helped by a big workforce containing around 220 police lieutenants and 900 police sergeants. The HPD is known for having 16 police choppers being ready at all times, with 5 of them being actively patrolling the city every day. 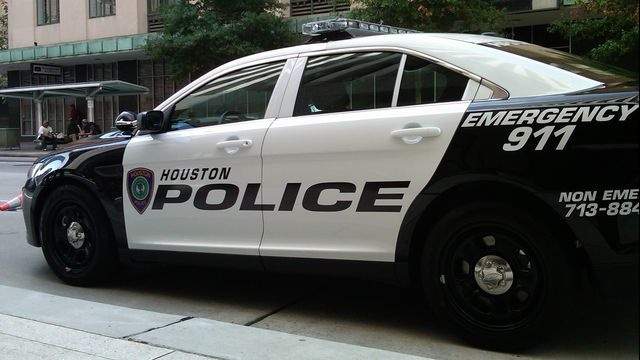 The main jurisdiction area of the HPD is divided into 13 primary patrol divisions. Each of these 13 patrol divisions is further divided into one or more than one district, each of which is further divided into many beats, each with its patrolling sergeant in duty at all times. All the stations set by the HPD have officers in charge at all times and are patrolled by several beat cops on duty, 24 hours every day. There are also many specific special divisions that have been set up to patrol respective locations in Houston. Some examples of this include the Downtown Police patrolling Downtown Houston, and several other divisions being in charge of the Houston Airport and its associated facilities.


The officers have their sworn police dogs, who will be happy to see the Police Bulldog sticker and the Police Bulldog Challenge coin, along with the K9 Unit Stickers and the K9 Unit Challenge Coin. Sworn police officers constitute the Helicopter Patrol Divisions, who maintain constant 21-hour air patrol with 2 choppers. They patrol an area of Houston spanning 1,800 km2.