The Oakland Police Department commonly referred to as the Oakland PD, is the municipal police department serving the city of Oakland, California, home to a population of over 400 thousand people, with over 700 uniformed personnel and over 300 civilian employees. If you’re one of them or have friends or family in the force, Police Brand Memorabilia and Collectibles’ Customisable Wooden Thin Blue Line Flag with the name or badge number, a Police Bulldog Sticker/Decal for the car, or just the Police Bulldog Challenge Coin to add to a collection featuring challenge coins. It is noteworthy that our four-legged friends of the K9 Unit are also an important part of the agency, and so are their handlers, for them, we have the K9 Unit Sticker and K9 Unit Challenge Coin.

The department has 5 geographical divisions to effectively police 78 square miles of Oakland. They receive nearly 550,000 calls for service in a year and handle about 250,000 incidents in relation to law enforcement. The Oakland PD receives support from its air/vehicle and marine units in regular patrolling and crime solving and prevention. It functions under the close guidance of the Civilian Police Commission and the Office of the Inspector General, both of which provide close external and internal oversight in terms of the department’s functioning and policies.

The department values Community Police Partnerships and has a proactive approach in the practical application of it. Neighborhood Council Meetings are conducted frequently to facilitate collaboration between officers and civilians to solve crimes plaguing the community and a Community Resource Officer is instituted who can be approached regarding this. 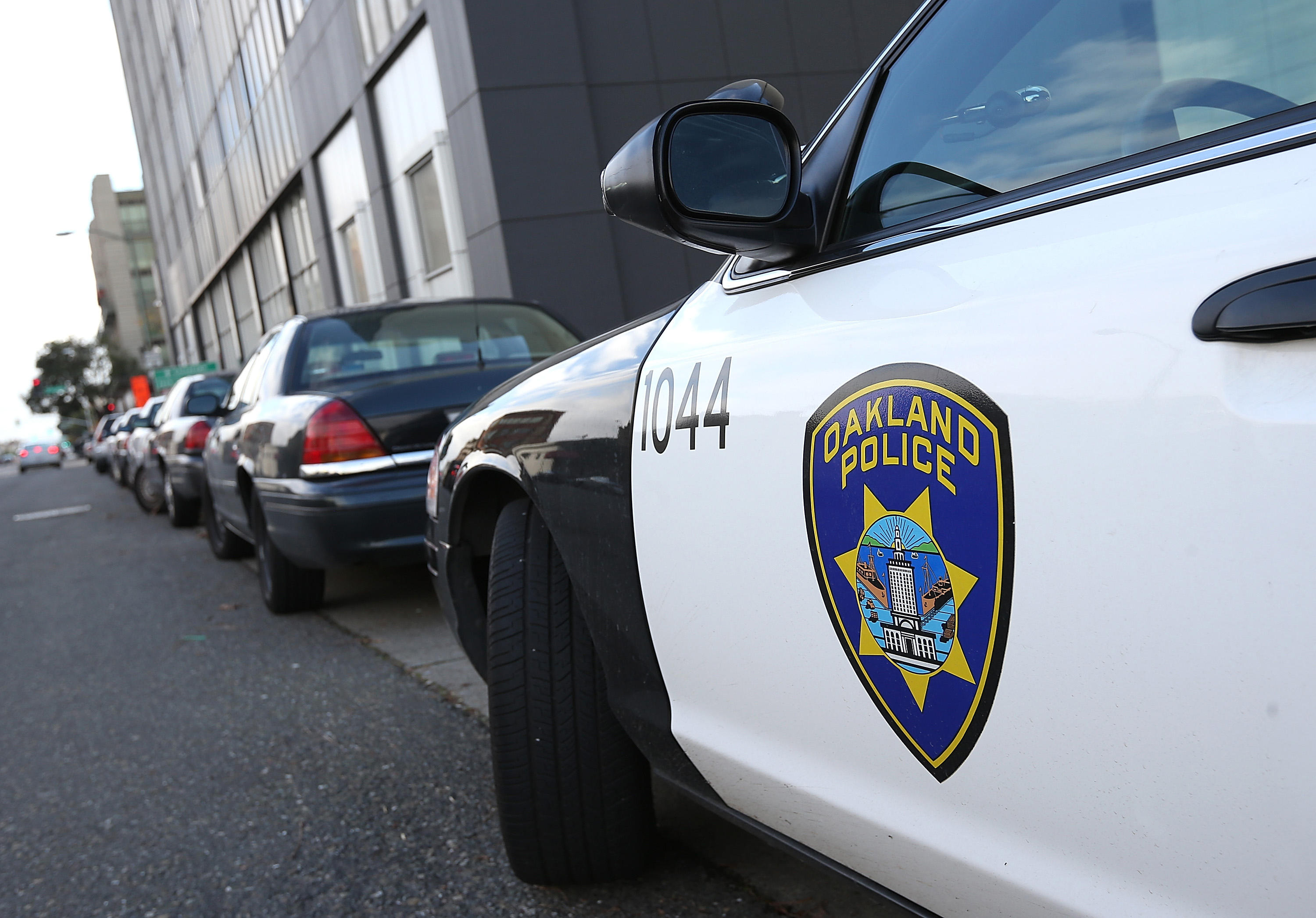 The Oakland PD was founded in 1853 by the first mayor of the city. Once Oakland had been incorporated as a town by virtue of legal ratification, the mayor felt the need to put a city government and police force in place for effective administration and law and order. By 1900, the city was inhabited by over 60,000 people and had a force consisting of 61 officers that saw rapid growth from that point on. It was leading in terms of the incorporation of modern facilities and instituted advances in telecommunications, automobile transportation, and criminalistics.

The mission of the Oakland Police Department is committed “to reducing crime, and serving the community through fair, quality policing.” If we factor this in, it only makes sense to support these servicemen in their endeavor, and the Peace Love Black and Blue Shirt and Blessed are the Peacemakers - Wooden Sign can help members of the community do just that and let their officers know that they’re doing a good job and that the community is proud.

Please note that in no way is Police Brand Memorabilia and Collectibles affiliated to any law enforcement agency or governmental organization.