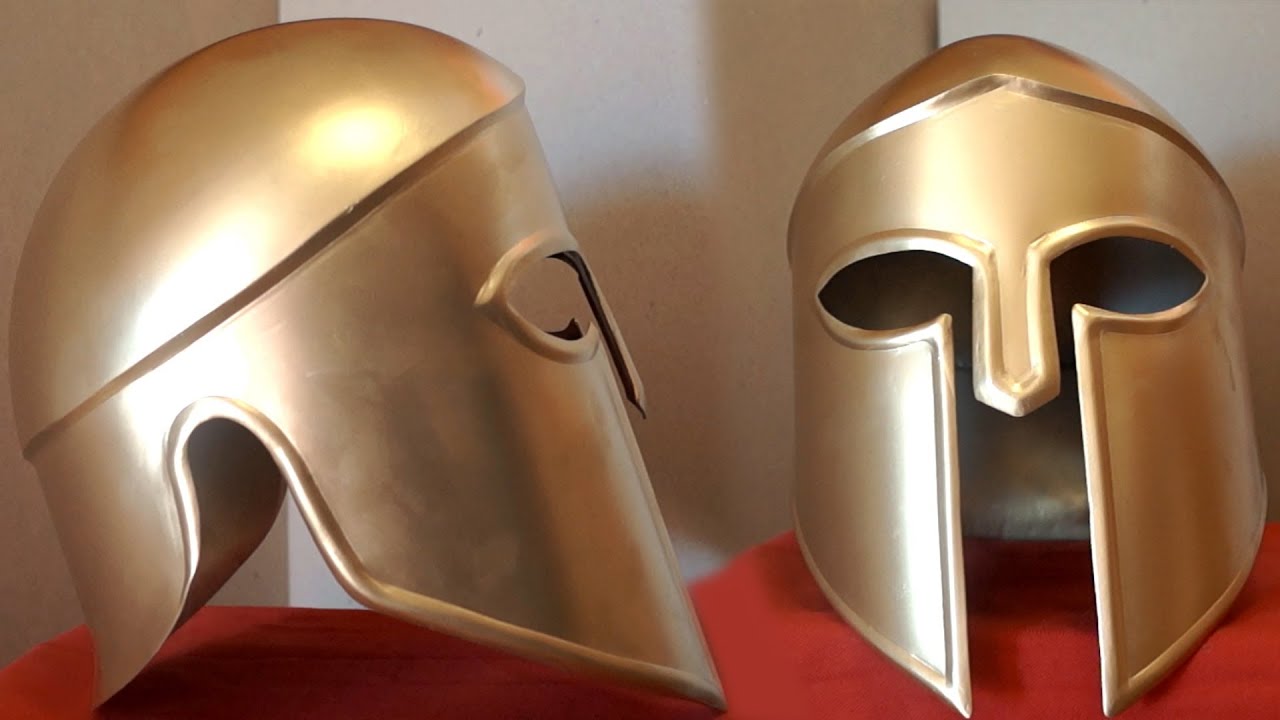 The Spartan Helmet is a wonderful symbol that has come to evoke powerful images reminiscent of courage, discipline, loyalty, and strength over years of cultural evolution. Shut your eyes and imagine the helmet propped up on the head of a battle-ready warrior, their eyes gleaming through the slits. Imagine them parading during peacetime, their helmet raised and resting on their foreheads. Imagine the helmet fallen, covered with marks from impact while valiantly fighting the enemy, now embracing the dust of the battleground. All of these images give rise to a powerful rush within that makes us feel at one with our vigorous side.

The usage and popularity of the Spartan Helmet were widespread in Classical Greece due to its impeccable make and design. It was found mounted on the heads of various ranking Greek hoplites across the region. However, what we now call the Spartan Helmet was originally born in Corinth, a formidable and prosperous city, and was therefore called the Corinthian Helmet. In fact, there were different types of helmets in ancient times, but this proved to be the most sought after one for complete protection of the head. It did come with its cons though; the sturdy material used to make it covered the ear region and made it difficult for soldiers to hear one another and commands and the slits weren’t big enough to allow complete use of the field of vision and could lead to fatal circumstances at times.

Recent pop culture has introduced this helmet as a symbol synonymous with the Spartan military and lifestyle due to movies such as “300” and video games such as “Halo” and cemented an image in our head wherein we recall, for example, instances evoking emotions associated with a scene from “300” wherein an infantryman of Ares, exhibiting the power of a whole army of soldiers during the peak of the battle, push hundreds of Persian soldiers to their death unflinchingly as a red cape and the symbol of Greek power - the Spartan Helmet, is mounted on a heap of their bodies. Such vivid picturization holds popular imagination in its grasp.


A Spartan soldier is molded into a warrior, starting from a very young age such that they grow up to value loyalty and fear none - not their enemy, not pain, and most definitely not death. 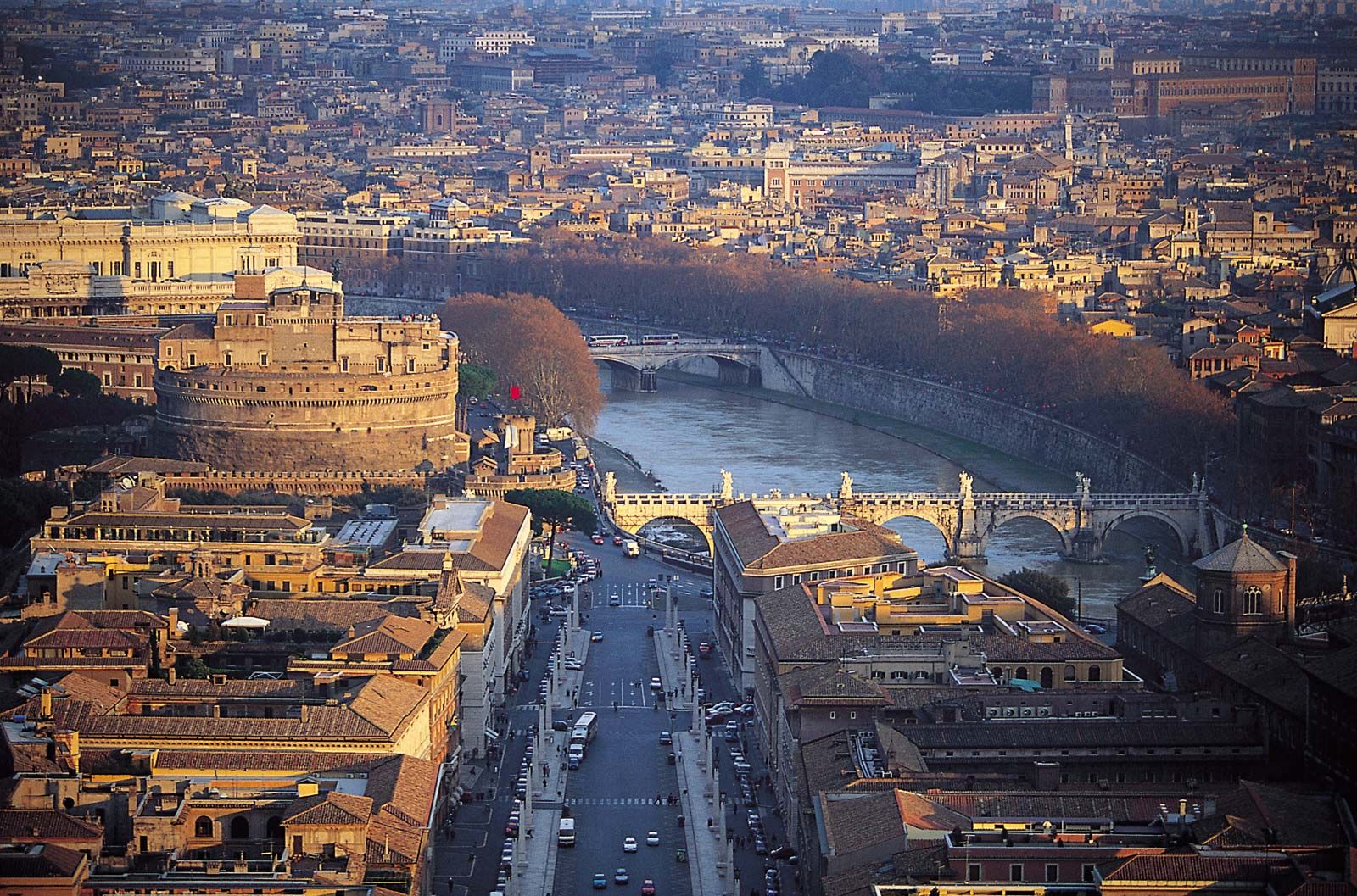 Not a lot of people know this, but the very helmet that was worn by Spartan soldiers was also responsible for protecting the noble soldiers under the lords of central Italy before Rome—known as Etruscans. Therefore, the Spartan Helmet is also the Helm of Rome.


During the glorious times of the Roman Republic, Rome itself had a Greek Helmet. Since the Romans were very pragmatic, it did not take them long to realize how effective the helmet would be and the potential it held. So the Helmet of the Greeks and Etruscans also became that of the Romans.


Amongst the various images that come to mind, this symbol also brings with itself the undeniable glory of Rome that rests on the Latin infantrymen and their heroic fight against enemies of the most magnificent cities of ancient times such as Hannibal.

Beauty and a Beast

The Spartan Helmet is molded into a beautiful, sleek shape but the materials used to forge it, such as gold, silver, and bronze add dazzle to it that gives it a regal touch. While initially, the Greeks wore a heavy variant of it made from bronze, as it became more commonly used, it was also made with iron and other lighter and more resistant materials for convenience during the battle that involved swift movements.


If we take a glance at art history, it is evident that it was visualized upon the head of gods such as Athena, Goddess of Wisdom, and Ares, the God of War because of the beauty that was associated with the helmet. One can identify how beautiful it was thought to be from seeing how it was seen fitting in possession of the revered Greek Gods.

Tracing the Path: A Chronology

In this chronology, after the Greeks, Etruscans, and Romans, the Spartan helmet was embraced by the Republic of Venice, protected by the lion of San Marco. For over a thousand years, it's galleys dominated the Mediterranean region and was widely feared across all the seas for the reputation of their brave infantry. These men boarded battleships with the Spartan Helmet atop their heads while their enemies languished in their wake. Later, the Venetian ambassadors popularised it as a gift, forged with silver and gold, heavily ornamented, pleasing anyone who was lucky enough to receive it.


In the most recent years, one army to have adopted this symbol happens to be that of the United States of America. The profile of the Spartan Helmet can be found etched into the center of a beautiful shield belonging to one of the most important academies in the country, the United States Military Academy (USMA). One can, thus, understand how it is used as a symbol in relation to law enforcement to represent a rich history of valor and honor. This is why to see the Spartan Helmet at the very center of Police Brand Memorabilia and Collectibles’ Honorbound Serve and Protect Police Coin that comes with an antique finish should be of no surprise as it ties together the whole concept that the product aims to convey. The coin is a part of their Serve and Protect Series and displays the words “Honorbound” and “Serve and Protect” on banners respectively at the bottom and top. It is to display the sense of pride and honor a police officer feels while serving their community much like a Spartan Soldier or any other soldier in history dawning the Spartan Helmet felt while protecting their people and state.