The Metropolitan Police Department of the District of Columbia (MPDC), commonly referred to as the DC Police or the Metropolitan Police Department (MPD), is the department serving the District of Columbia, United States. It is the sixth-largest municipal police department in the nation with over 3000 uniformed personnel and 600 civilian employees. If you’re one of them or have friends or family in the force, Police Brand Memorabilia and Collectibles’ Customisable Wooden Thin Blue Line Flag with the name or badge number, a Police Bulldog Sticker/Decal for the car, or just the Police Bulldog Challenge Coin to add to a collection featuring challenge coins. It is noteworthy that our four-legged friends of the K9 Unit, a specialized service, are also an important part of the agency, and so are their handlers, for them, we have the K9 Unit Sticker and K9 Unit Challenge Coin.

The department has 68 square miles and is responsible for a population of approximately 700,000 people. The Metropolitan Police Department of the District of Columbia was founded on August 6, 1861, making it one of the oldest police departments of the country. The headquarters are strategically placed in Judiciary Square, a centrally located area, right opposite the Superior Court of the District of Columbia.

The department has a variety of special services at its disposal to aid in crime-solving and maintenance of order such as the K9 Unit, harbor patrol, air patrol, Emergency Response Team, Narcotics, and Homeland Security among others. Not leaving behind technological tools, the department also operates the Command Information Centre (CIC) which is responsible for reading license plates, monitoring all the cameras placed across the city, and other intelligence or surveillance devices installed. It is the DC Police”s responsibility to approve all applications in relation to motorcades and public gatherings, and also handle the sex offender’s registry. The department is unique as it has a public-purpose role since it acts as a local police department with country, state, and federal responsibilities while being under a municipal government yet operating under federal authority. 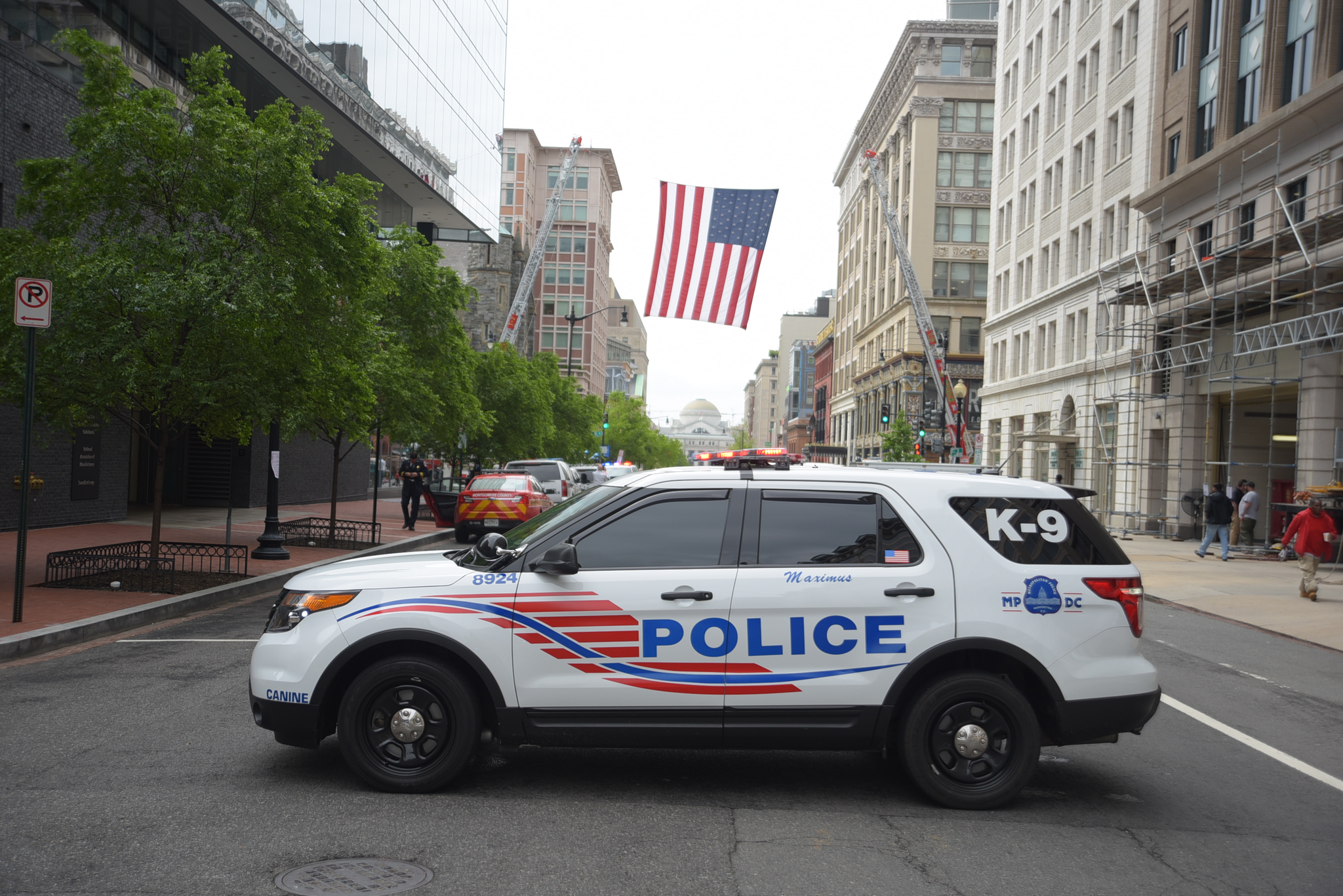 The mission of the Metropolitan Police Department of the District of Columbia is to “safeguard the District of Columbia and protect its residents and visitors with the highest regard for the sanctity of human life.” This emphasizes on their endeavor to protect when harm befalls their community and maintain peace so everyone can live in prosperity. Police Brand Memorabilia and Collectibles’ Honorbound Protect and Serve Police Coin and Peace Love Black and Blue Shirt are great products that draw attention these qualities of the law enforcement agency and are an excellent way of celebrating the officers, their work and letting our guardians know that they’re doing a good job and that the community is proud.