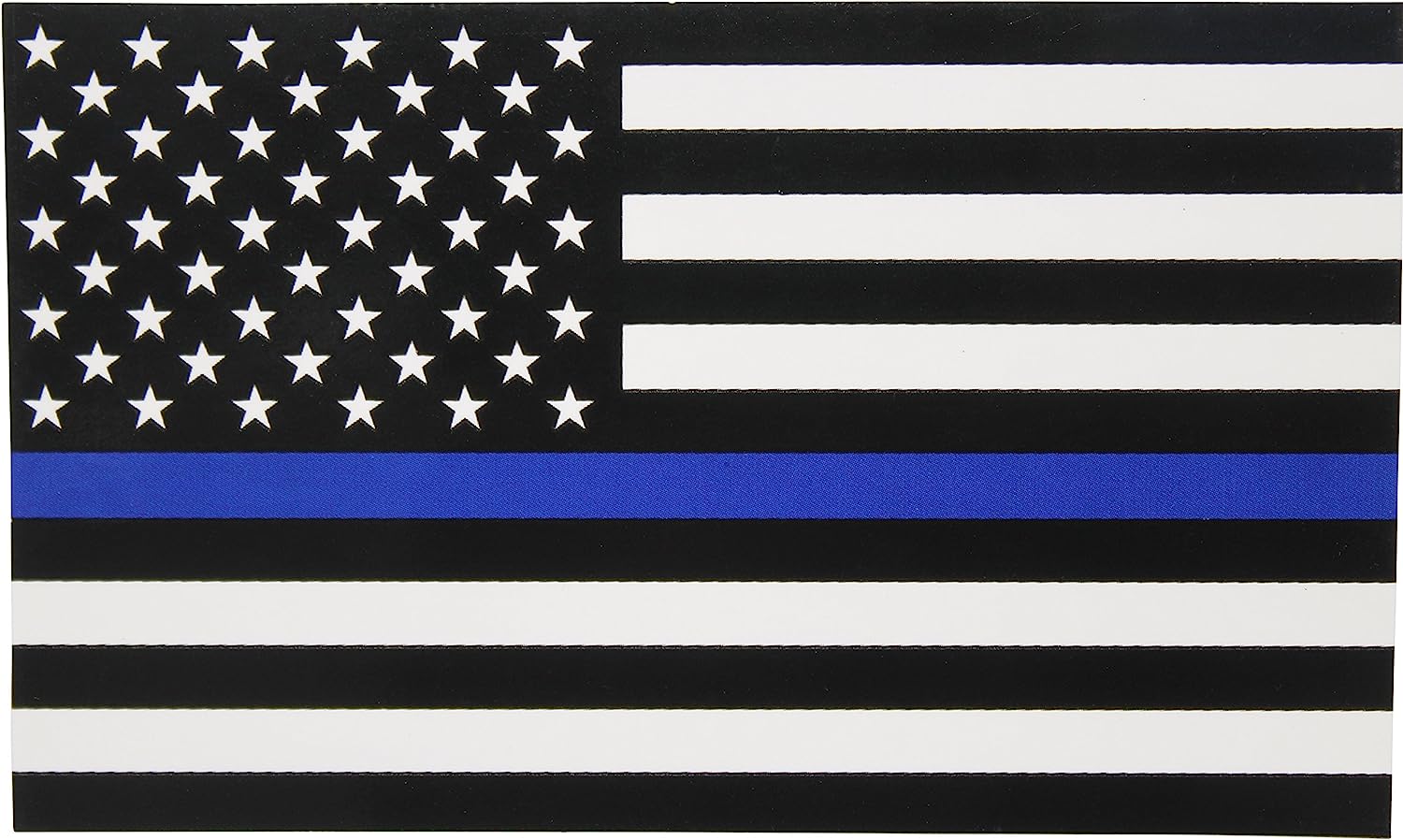 Off late, it has become commonplace for one to spot black and white American flags with a blue stripe on bumper stickers, front yards of houses, clothing, hats, and other forms of apparel. This sort of an American flag is referred to as the “Thin Blue Line” variant and is representative of the law enforcement organizations of the country. It is hoisted in order to portray one’s support towards the men and women who put their lives on the line for the protection of civilians on a daily basis. There is pride associated with this symbol and promotes compassion in our hearts and support for the police officers of our great nation.

The terms “Police Force” or “Law Enforcement” are synonymous to “The Thin Blue Line”, and is often used interchangeably. “Line” is in reference to “Line of Duty” which is a common phrase used in this particular context. If we consider it visually, there are two types of design. The first one is a simple blue line at the center with black space below and above it, while the second is a regular black and white American flag with a single blue stripe located right beneath the stars.

Let us now try and interpret what these mean.

In both the versions, society, order, and peace is represented by the black space above the blue line whereas the black space below the blue line represents crime, chaos, and anarchy. Symbolically, the blue line stands between both sides, representing “law enforcement” as it is responsible for keeping crime away from society. Now, if the flag is taken into consideration with this, the element of patriotism becomes apparent. Furthermore, the stars are a symbol for the citizens, those of us who benefit from the sacrifices made by the police force in trying to extend protection. The Thin Blue Line Flag is hoisted as a matter of pride in support of the selfless work that is done by them. It is viewed as a reflection of the valor and a tribute to those who have been martyred in the line of duty by law enforcement. To put up items featuring the Thin Blue Line on display is a way for us to extend gratitude to and support our heroes from the law enforcement agencies. It also represents a positive relationship between the community and the police force. Police Brand Memorabilia and Collectibles’ Honorbound Protect and Serve Police Coin is one such item that features the flag as it’s the background upon which we see a spartan helmet, a police hat, and a trooper hat featured to commemorate the law enforcement agency. To own it would instill a sense of pride in our minds and would give us a way to show that we’re thankful.