The Boston Police Department, commonly abbreviated to BPD, is the oldest municipal police department in the United States. It is the largest police department in all of New England and stands at the 20th position in terms of the entire country with over 2000 uniformed personnel and 808 civilian employees. If you’re one of them or have friends or family in the force, Police Brand Memorabilia and Collectibles’ Customisable Wooden Thin Blue Line Flag with the name or badge number, a Police Bulldog Sticker/Decal for the car, or just the Police Bulldog Challenge Coin to add to a collection featuring challenge coins. It is noteworthy that our 33 four-legged friends of the K9 Unit are also an important part of the agency, and so are their handlers, for them, we have the K9 Unit Sticker and K9 Unit Challenge Coin.


The BPD’s early operation dates back to the early 1800s and it is responsible for the city of Boston, Massachusetts. The department has 89.6 square miles and is responsible for a population of approximately 600,000 people. Much like all other Boston City departments, the Boston Police Department requires all its employees since 1995 to live within the city limits. Across the city, the department is divided into 3 zones each with its own Deputy Superintendent and 11 neighborhood districts with individual Captains at the helm. 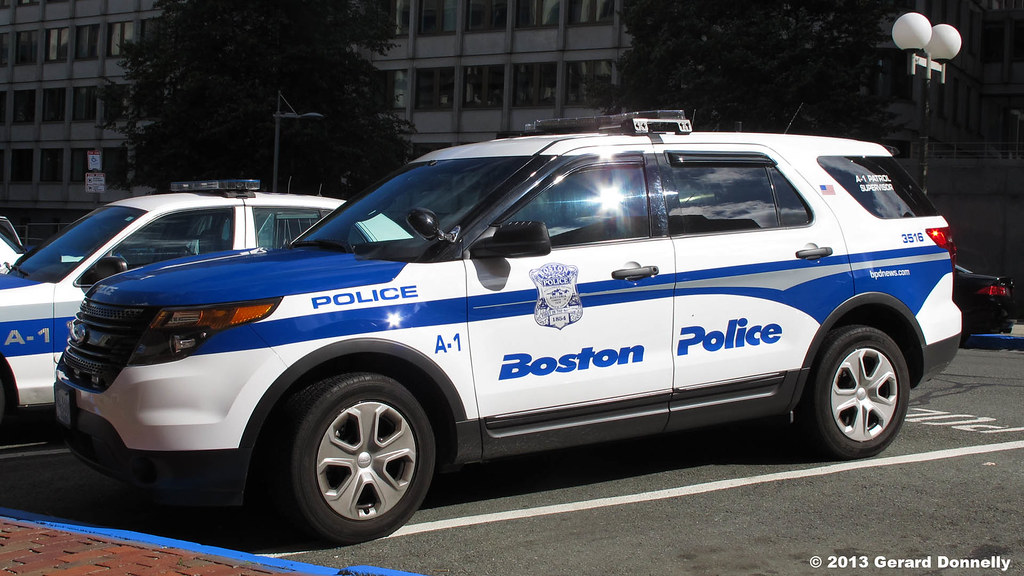 The BPD delegates its work for efficiency with the help of special bureaus such as the Bureau of Field Services (BFS) which is the largest, manages tactical patrol and crime prevention, and consists of the zones, districts, a Youth Violence Strike Force and a Special Operation Unit. The Bureau of Investigative Services (BIS) is inclusive of the Drug Control Unit, Homicide Unit, Family Justice Center, and Forensic Science Division, all of which supplement the work of BFS in times of need. The Bureau of Administration & Technology and Bureau of Professional Standards and Development, which are responsible for the Training and Education Division, Internal Affairs, and Anti-Corruption, are also an essential part of the department. Interestingly, BPD is a part of popular public imagination from being portrayed in movies such as Gone Baby Gone and TV Shows such as Rizzoli and Isles.


Community Policing is an important aspect of the department which has been achieved with successful initiatives such as “Same Cop Same Neighborhood" and "Safe Street Beat Teams." Police Brand Memorabilia and Collectibles’ Honorbound Protect and Serve Police Coin and  Peace Love Black and Blue Shirt are great products that draw attention to these qualities of the law enforcement agency and are an excellent way of celebrating the officers, their work and letting our guardians know that they’re doing a good job and that the community is proud.